Radio Ram review of the concert May 19th 2013, Wroclaw, Polonia
… The passion, eroticism, tango and electronica, in exceptional Narcotango Argentine project, which received a standing ovation by the audience of RAM Radio Wroclaw… read more

General Ainziger, Newspaper, Germany, May 12th 2013
…A concert of Argentine cult band Narcotango will usher in the Festival Hall on Friday night in St. Adelheid Pützchen the festival. The band is also known far beyond tango circles out and was regarded as one of the highlights of the weekend, Rotter said. Narcotango skillfully combined tango bandoneon with typical instruments such as modern sounds (drums, synthesizers), Rotter so on. Narcotango celebrates tenth anniversary this year and will be presenting on this tour for the first time their new CD "Cuenco... read more 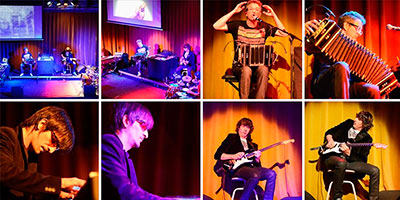 Journal Paris Normandie, France, May 13th 2013
..."People from Le Havre, Caen and from Paris were attracted by the group Narcotango, a band of argentine musicians, world reference of modern tango who played their first show on this European tour..." READ MORE